Set design for Hamp, a play portraying the trial and execution a deserting soldier during World War One.

Set design for Nell Gwynn, a play about the life of Nell Gwynn, mistress of Charles II, and her part in the theatre of the 17th century. 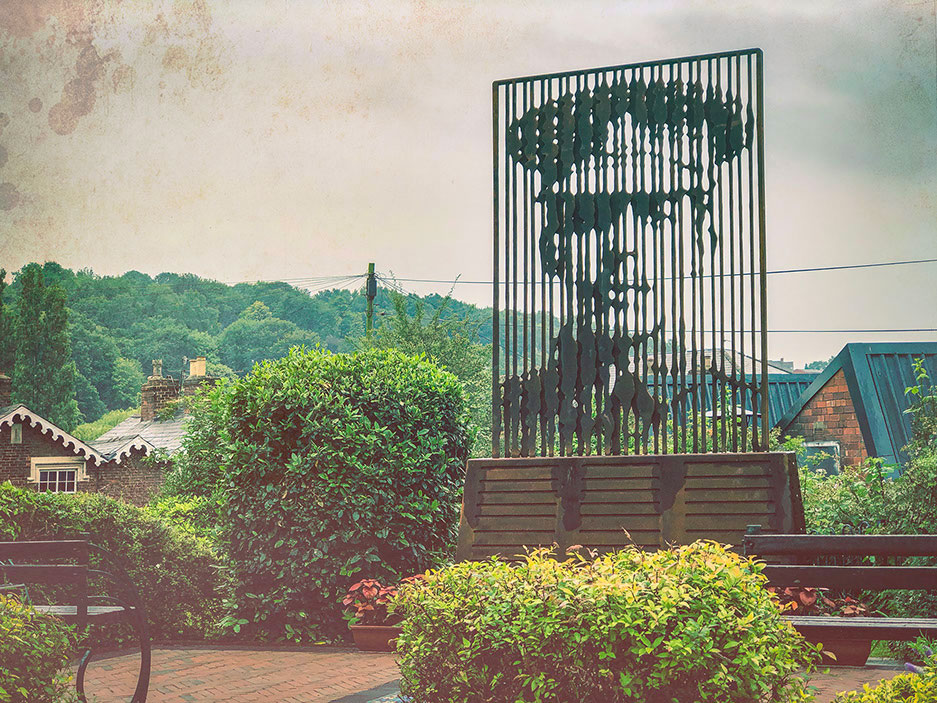 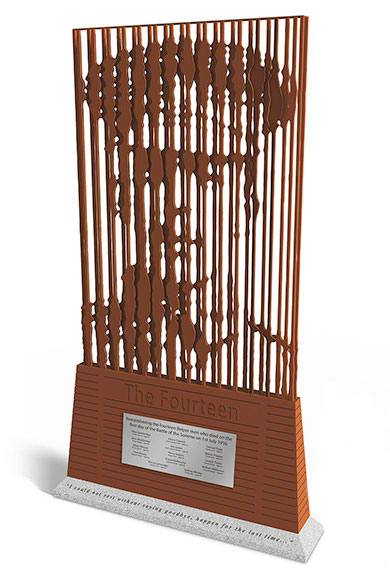 Sacrifice is a public art tribute to the fourteen men from Belper who died on the first day of the Somme.

Sacrifice was created to be an integral part of a production "The Fourteen". The individually cut black spears were built up through the performance, revealing the face of Lance Corporal Jim Green, one of the fourteen.

As a war memorial, Sacrifice can be seen in the Belper Memorial Gardens and represents the 100 year commemorations of all soldiers from Belper who died in WW1. 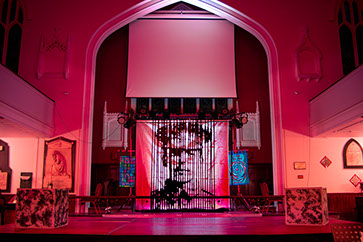 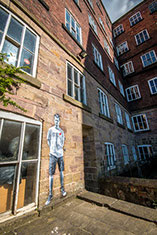 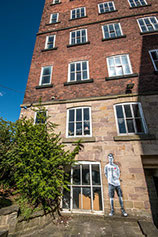 A tribute to the teenagers of Belper who fought and died during World War One.

In 1915, over 30 of the names that appear on the Belper War Memorial were between the ages of 15 and 18 years. This tribute depicts 13 local boys of the same age positioned around the historic Belper Mill Complex. By connecting with today's generation we hope to highlight the horrors these young men endured at such a young age.